SHERIDAN — While legislation passed earlier this year provided the city of Sheridan with two additional bar and grill liquor licenses, when the city opened the process to award them, it didn’t receive any applications.

City officials announced the availability of the licenses in September and gave the public about one month to submit applications.

Sheridan Mayor Roger Miller said none were received, but added that he’s had conversations with individuals who are interested, but didn’t pull together the materials by the Oct. 20 deadline.

Burns said he proposed the legislation because nearly all of the bar and grill liquor licenses in the state were being used, and by increasing the number available, economic development could get a boost.

The legislation met some resistance from the state liquor dealers association, which expressed concern that the value of existing licenses would be diluted.

While Burns said he was surprised that no businesses had put forth applications in the first round with the city, it doesn’t mean they won’t submit soon.

Sheridan Mayor Roger Miller agreed. The city plans to reopen the application process in the coming weeks to allow for the use of the available licenses. The city recently increased the fees for the bar and grill liquor licenses, but Miller said he doesn’t believe that was why applications weren’t submitted.

“If we don’t get any applications in the next year, then we’ll have to take another look at those,” Miller said, adding that he hasn’t received negative feedback on the fees from business owners so far.

The city faced resistance from a variety of people when it was considering increasing the fees. Some worried the increased fees would discourage new businesses to open in the community.

Miller indicated that he expected at least two business proposals to be brought forward when the application process is reopened, with the potential for another three or four that he’s heard about.

The two new bar and grill licenses brings Sheridan’s total to six, with Powder River Pizza, Frackelton’s, Open Range and Wyoming’s Rib and Chop House holding the four current licenses. The four license holders did and will continue to pay $1,500 in fees for the license, even if the city passes the proposed ordinance on all three readings. 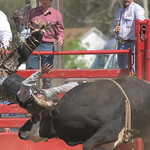