Hanke currently serves as the executive director for the Whitney Center for the Arts and Henderson is the director of Whitney Benefits.

Henderson has said he’d like to focus on bringing more jobs into the Sheridan community and maintaining the city’s infrastructure.

Hanke, who only moved here two years ago, said she could bring in “fresh eyes” to the council and provide a differing perspective. She said she believes focusing on the economy, safety of the city and downtown health should be council’s priorities. Hanke has also emphasized the need to make it clear to the community that council is here to serve and listen to opinions from constituents.

Henderson has emphasized the critical nature of maintaining infrastructure and focusing on preventative work to keep Sheridan beautiful and inviting. With that, jobs and entrepreneurship will follow. He said his strength in finance helps him in his position as director of Whitney Benefits and he looks to bring that experience to the council. He said he is customer-centric, focusing on the citizens to ensure their lives are enhanced.

The two new members will be sworn in at Sheridan City Council’s Nov. 6 meeting. 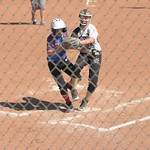