SHERIDAN — In conjunction with a Rolls-Royce commercial shoot in Sheridan this week, national travel journalists will venture through the Bighorn Mountains for a week of Sheridan experiences. With an emphasis on Sheridan County’s rich art culture, Sheridan Travel and Tourism Executive Director Shawn Parker started off the week’s events with readings by local authors underneath a sea of stars at Canyon Ranch for the visiting writers.

What are these writers, venturing in from places like Kentucky and Los Angeles, interested in discovering in the Mountain West?

“Fresh air and open spaces and just the natural beauty combined with being able to drive an amazing car in this landscape is hard to pass up,” said Bridget Williams, owner and editor-in-chief of Sophisticated Living in Louisville, Kentucky.

The visiting writers received the itinerary upon arrival, so planning for a particular angle to capture was not an option.

“Typically when I do a travel story, you go to a hotel, and they want you to talk about the hotel and it’s a lot more formulated,” Williams said. “I think what I’m going to do is just let the next few days play out, and I’ll usually just take notes on the emotions and things that come to mind.”

Williams last visited the state as a 10-year-old girl when her family camped at Yellowstone National Park. She remains excited to again experience a star-filled night sky and the abundance of fresh air.

“When we go driving in the mountains, just the feeling of this endless expanse of space (will inspire me),” Williams said. “For me, I’m not a religious person, but it’s almost a spiritual experience just being out in nature. This is just a completely different (landscape); just this wide-open space is what’s so beautiful. We just don’t get that.”

“I like more off-the-beaten-path places, so this definitely fits in, and I always like the outdoor adventure side of things,” Wilson said. “I’m drawn to those places in particular where you can walk outside and see a mountain range and horses grazing. I live in Los Angeles, so you don’t get that at all.”

The itinerary keeps writers running from one artsy adventure to the next, with Rolls-Royce present throughout the week’s agenda.

“We’re always looking for great opportunities to partner up strategically to give journalists a real reason to come to Sheridan rather than just come visit Wyoming,” Parker said. “We want to tether it to something really special.”

The week includes visits to the Whitney Center for the Arts, Jalan Crossland in concert, a Bighorn Mountain road trip courtesy of Rolls-Royce Motor Cars and a public showcase at the Brinton Museum with an artists’ reception and gala event.

This is Parker’s third large media event during his time as executive director. Last year, he brought out Rolls-Royce for its Mountain West debut of the new Dawn convertible, and from June 19-26 this year, he brought in more than 100 national and international media outlets to Sheridan for a Society of American Travel Writers convention.

Parker said he brings in the media outlets with which STT simply cannot afford to advertise.

“If we lined out what we’re going to get out of this, say in Nobleman Magazine and Robb Report and Forbes, and we tried to pay for a 10-page feature or a 4-page feature, we just couldn’t do it,” Parker said. “Our budget would be blown on one of those stories, let alone eight.”

The conference in June brought seven confirmed feature stories from the group.

“Last year to get seven out of our first effort was just insane,” Parker said.

Parker and the team at STT await the results of this event with hopes for media coverage nationwide.

“I write about LA a lot; restaurants, bars, things to do, so this is a nice escape from that. It’s a good place to disconnect, and I think people are looking more for those places,” Wilson said. “Those articles always do really well because people are trying to escape and see more of the country, and this is a place that they should see.” 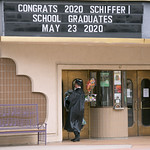