SHERIDAN – A proposed piece of legislation would establish a Wyoming Public Lands Day if it makes it through the 2018 Legislative session.

The Wyoming Outdoor Council helped draft the bill, which is a Keep it Public Wyoming coalition project. The bill would require the governor to issue an annual proclamation for the observance of the day, which would be the last Saturday in September.

The suggested date coincides with National Public Lands Day, which was established in 1994. The bill also calls for a repeal of Title 36, a Wyoming statute that defines how Wyoming governs state lands.

The proposed draft legislation says, “Efforts to transfer large tracts of the federal public lands in this State into private or state control are contrary to the wishes of Wyoming people and the democratic values of freedom and access that define our Equality State, as well as contrary to the State Constitution…”

Council for the Bighorn Range board president Rob Davidson said the legislation came together after the public lands constitutional amendment bill was killed during the 2017 session.

Powder River Basin Resource Council organizer and Keep It Public Wyoming coalition representative Shannon Anderson said while it was a victory for public lands since there was no vote on the amendment, there’s no definitive answer as to where representatives stand on the issue.

Anderson said since next year’s session is a budget session, any non-budget bill must get a two-thirds vote to be introduced. She said this will allow legislators to focus on the budget and will mean a vote is guaranteed, which will identify whether local legislators support the issue.

According to Keep It Public Wyoming, the celebrated day could “highlight the importance of public lands to the state, the many benefits of our public lands, encourage volunteer stewardship activities and encourage schools to participate with a day off as a hunting and outdoor recreation day for our state’s youth.”

“I think there are a lot of Sheridan County folks that would support this,” Anderson said.

She said public lands rallies have popped up statewide, including in Jackson and Laramie, with an upcoming rally in Casper. Anderson said Sheridan will hold a rally Sept. 30 on Grinnell Plaza.

Anderson said postcards will be available to community members at the rally as well as at various locations around town for community members to send to representatives, expressing their thoughts on the issue.

Note: The online version of this story has been updated to accurately reflect the organizations behind the Wyoming Public Lands Day bill and to clarify the 2017 public lands legislation. 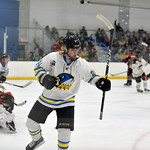 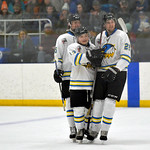 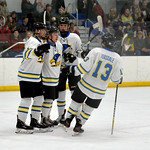