SHERIDAN — The Wyoming Department of Transportation announced Tuesday that the new North Sheridan Interchange bridge and alignment will open Thursday.

WYDOT originally advertised the opening for Wednesday, but late in the day Tuesday WYDOT staff decided to delay the opening.

Motorists on I-90 will continue to travel in single lanes with reduced speeds, but will utilize the new interchange instead of the old one to access North Main Street.

Decker Road traffic will be routed onto the new North Main Street alignment, formerly known as Yellowtail Drive, and cross over the new interchange bridge that connects back into Decker Road.

The old Decker Road will be closed in the area of the I-90 underpass. The contractor will begin removing the Decker Road underpass in the westbound lane of I-90 in the coming weeks.

WYDOT officials cautioned that there continues to be a lot of construction activity in the area and motorists need to continue to slow down and pay attention.

The $46.4 million project began in July 2016 and is scheduled to be completed by October 2019. Currently the project is ahead of schedule. The contractor plans to have the majority of the new interchange bridge and new North Main Street alignment completed by this fall. The contractor also plans to have the majority of the work done in the westbound lanes of I-90 this fall. In 2018, the contractor will begin reconstructing North Main Street from Fort Road to the Goose Creek Bridge and work on the eastbound lanes of I-90.

For more information about the project, the public is invited to attend the weekly progress meetings on Tuesdays at 9 a.m. at the Trails End Motel or may call WYDOT spokesperson Ronda Holwell Neugebauer at 674-2300. 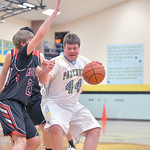 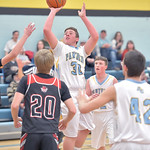