Salaries at Sheridan County School District 2 account for 57.36 percent of the recently approved fiscal year 2018 general fund budget before factoring in the cost of benefits.

“We are a service industry,” SCSD2 Business Manager Roxi Taft told board members at its budget hearing last week. “So our percentage used for salaries will be higher.”

The local school boards ultimately determine teacher salaries, according to state statutes. Kari Eakins, communications director with the Wyoming Department of Education, said while no other agency has jurisdiction over a district’s decision on salaries, allowing local school boards that authority provides boards with more local control.

“As folks around the state have made their budgets, I feel like it was pretty universal that (boards) wanted to protect the classroom as much as they could,” Wyoming School Boards Association Executive Director Brian Farmer said.

Many board members and officials at Sheridan County school districts continue to advocate not just maintaining teacher salaries, but increasing them.

Gary Reynolds, board chair for SCSD1, recently said raising teacher salaries need to be a higher priority. The Sheridan County School District 3 board of trustees approved a one-step increase for its teachers and staff at its July board meeting. Craig Dougherty, SCSD2 superintendent, said the district needs to continue to look at cutting administrative costs and reducing programs before reducing teacher salaries is an option.

For many years, Wyoming teacher salaries were on par with — or lower than — surrounding states.

According to statistics from both the WDE and the Colorado Department of Education, teachers in Wyoming had a lower average salary than Colorado until the 2005-06 school year. However, a series of lawsuits led to Supreme Court rulings spanning from the mid-90s to the mid-2000s that required the state to provide adequate funding for education. Additionally, the school recalibration process in 2005 ultimately led to higher salaries for teachers.

According to the WDE, the average teacher salary, including benefits and all compensation, in Wyoming increased by nearly $17,000 from the 2000-01 to the 2007-08 school year.

Since then, teacher salaries have steadily increased. The state average total salary for teachers during the 2016-17 school year, according to WDE statistics, was $60,262, with a base salary of $58,169.

According to the most recent data available from the National Center for Educational Statistics, Utah teachers made an average of $45,848 annually; Idaho teachers earned $45,409; and Montana teachers took home an average of $51,215 during the 2015-16 school year.

The NCES lists the national average for teacher salaries at $58,064.

While educators and officials are pleased that Wyoming’s salaries exceed regional states, many remain concerned about recent trends.

In the last 10 years, the average total salaries for Wyoming teachers have increased by approximately 9 percent, while other neighboring states have made significant strides to ratchet up teacher salaries.

“Salaries haven’t significantly increased in quite some time,” said Coleen Haines, communications director for the Wyoming Education Association. She added that now, Wyoming is sliding back closer tp the national average.

Farmer said this is primarily because the state has been “double-dipping” with its cuts. He said the Legislature has not only made cuts at the state level but has not provided funds to school districts for external cost adjustments.

“Teacher salaries, for us, has helped us a great deal,” Dougherty said. “We were able to offer salaries that were competitive, so teachers from across the country can look at us, and we could recruit the top teachers and the best teachers.”

Wyoming has improved its performance in National Assessment of Education Progress on a consistent basis — even prior to the dramatic increases in state teacher salaries in the mid-2000s. Wyoming sits above the national average in the assessment in every tested category.

Last year, the Wyoming Legislature opted to cut the state’s education budget by $34 million. However, most legislators argue that cut is a drop in the bucket compared to the budget reductions that will follow. The state may face an approximately $530 million deficit over the next biennium.

“(Local school boards) know their market,” Haines said. “Those people who are setting their market to get those highly-qualified teachers in the classroom and to make sure our kids are getting a good education.” 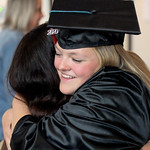 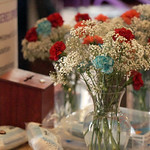