SHERIDAN — Federal policies may have impacts on Wyoming school districts, according to local officials.

Kobza said the meetings served as a fact-finding mission to learn about discussions taking place at the federal level and how they may impact schools in Wyoming.

“I learned a lot,” Kobza said at the July 19 school board meeting. “It was extremely interesting and I learned a ton about things on the national level that might affect us.”

Kobza said he and Curtis met with Enzi and Barrasso for approximately 20 minutes and met with Cheney for about 40 minutes.

SCSD1 has previously used the program to help pay the curriculum director’s salary, but this year, the district went from receiving $100,000 to just $51,000 for the position.

The budget in the House of Representatives cuts Title II by $200 million nationwide.

“If that happens, we are going to continue to do staff development, but we may have to take that out of our general fund or eliminate something or someone,” Kobza said. “The most effective thing, if you will, in K-12 education is a great teacher in the classroom — and that does not mean they come out of school and they are great, they have to work on professional development and go through that process.”

During the meeting, Kobza and representatives also discussed the current administration’s favor for school choice.

Kobza said there does not seem to be desire in Congress for a straight voucher system that includes the portability of money, which means the money follows the student, even to private schools.

There is, however, a proposal for tax breaks and benefits, Kobza said, but he does not believe this to be a large issue for Wyoming.

Wyoming typically does not claim those funds because of a large amount of paperwork that is necessary, Kobza said.

However, Medicaid can be used for nursing, mental health or other services for Medicaid-eligible students.

“Jay Curtis and I will be trying to get the (Wyoming School Boards Association) to become a fiduciary agent for Wyoming schools in this matter,” Kobza said. “The negative part of this is that the proposed federal government and health care bill could cut Medicaid as a whole dramatically.” 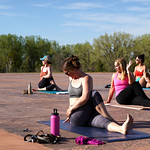 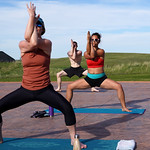 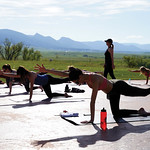 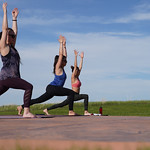