Dangers, duties of the job

In 2016, a total of 79 journalists were killed, according to the Committee to Protect Journalists.

Of those deaths, 48 were killed with a “motive confirmed,” meaning CPJ is “reasonably certain that a journalist was murdered in direct reprisal for his or her work; was killed in crossfire during combat situations; or was killed while carrying out a dangerous assignment such as coverage of a street protest.”

That number doesn’t sound like a lot. In comparison, according to the National Law Enforcement Officers Memorial Fund, 143 law enforcement officers were killed in the line of duty in 2016. The National Fire Protection Association counted 68 firefighter deaths in 2015.

These numbers aren’t meant to compare the work firefighters and law enforcement officers do to what journalists do. But, it does show the level of danger journalists put themselves in each year.

According to the CPJ, of the journalists killed in 2016, most covered wars. Others wrote about politics, corruption, crime, human rights and other beats.

I will admit, I have an idealistic view of journalism. I believe strongly in Thomas Jefferson’s words, that “A democratic society depends upon an informed and educated citizenry.” Journalists help provide that information. They help hold elected officials — and appointed officials and others with power — accountable.

I know journalists have a bad reputation right now. A 2016 Gallup poll showed that just 32 percent of Americans say they have a great deal or fair amount of trust in the media — at least the mass media, or mainstream media as it is often called.

Media literacy has become a bigger part of the national conversation. For example, how do readers distinguish between real news and “fake news” when the creators of fake news have done such a good job disguising it as the real thing. How can those who watch television news take anything seriously when everything is called “breaking news” and every aspect of every story is picked apart?

These are all tough questions, to which I would recommend people get their news from multiple sources. If you perceive a bias in one source, seek out another. The more sources you use, the more likely you’ll be to get a complete picture. If you hear or read something that seems far-fetched, seek another source to verify it.

The media isn’t perfect. Name an industry that is. But as violence and persecution of journalists seems to increase, I still believe that most journalists passionately believe in their duty to inform citizens about the happenings in the world around them and hold those with power accountable. 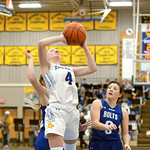 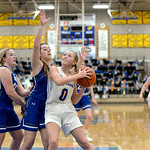 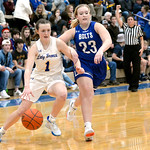