SHERIDAN — Deb Hofmeier never doubted what she wanted to do with her life.

As the offspring of two teachers, being an educator was always in her plan. But even she couldn’t have predicted where life would take her after more than three decades in education.

For 32 years, Hofmeier has been a fixture at Tongue River Elementary. But the principal at TRE will soon call it quits and retire at the conclusion of the 2016-17 school year.

Hofmeier started out as a teacher in Newcastle, but she moved to Sheridan to be with her husband, Dave.

After applying to several jobs around Sheridan with no luck, Hofmeier began to accept that she would have to substitute teach to make ends meet. But then, in the middle of summer (late in the hiring period), she got a call from officials at Tongue River Elementary offering her a job.

She started as a second-grade teacher at the school, then moved up to third grade. The last eight years, she’s served as principal at TRE.

“When I started teaching, I had no ambition to be a principal,” Hofmeier said. “I still love the teaching part, but now it’s just different because I am teaching teachers rather than students.”

Spending three decades at Tongue River Elementary meant Hofmeier had the opportunity to meet a vast majority of the community. She’s taught two generations of families who have lived within the community.

“We actually (are) at the point where we are starting to get my former students’ grandkids at the school,” Hofmeier said. “So we figured that once that starts happening, it’s time for me to move on and do something else.”

But she said when students come back as success stories, it’s always her proudest moment as an educator. That includes the soon-to-be graduating Tongue River High School class of 2017, which was the last group Hofmeier taught as a classroom teacher.

“It’s kind of a special group to be watching them,” Hofmeier said. “Just to see their success — we could tell in third grade that there were going to be really, really great things about them, but we had no idea how great they were going to turn out.”

One of the most significant moments in her career has been the construction of the new Tongue River Elementary school building. Moving into that building for the start of the 2016-17 school year, it was the only other building where Hofmeier worked.

“I’m so proud of that legacy and leaving that piece behind,” Hofmeier said.

Both she and her husband have had the opportunity to be embedded in the Tongue River Valley community. After spending most of their lives in Sheridan, Hofmeier and her husband moved to Ranchester to be closer to her work and the community.

Her bond with the people of the Tongue River Valley is apparent, if you ask Sheridan County School District 1 Superintendent Marty Kobza.

“Deb is best known for, and will be best remembered for, the relationships she’s developed with students and families in our community,” Kobza said. “Not only through schools, but she helped who needed assistance within our own community — whether it be with connecting those agencies within the community that give clothing and food. Sometimes that came out of her own pocket.”

Annie Griffin, a current instructional facilitator with SCSD1, will replace Hofmeier as principal at TRE.

Griffin will complete her administrative endorsement after completing her mentorship with Hofmeier at the elementary this year.

“It was just a really natural transition selection for her to move into that position,” Hofmeier said.

While it may be hard to leave it all behind, Hofmeier and her husband have their eyes set on brighter — and sunnier — horizons. The Hofmeiers will retire to Arizona to be closer with Deb Hofmeier’s mother and to escape the cold weather.

But even as they enjoy the 70 degree winter temperatures in Arizona, it will still be difficult for Hofmeier to leave the community. However, she said she is confident that TRE, and the Tongue River Valley, have a promising future ahead of it.

“Leaving the staff — they are in a really good place,” Hofmeier said. “They are strong, our community is great. It’s going to work out for them.”

SHERIDAN — What started out as a temporary gig until he found something with better pay turned into a lifelong passion and career for retiring Sheridan County Sheriff Dave Hofmeier.

Hofmeier started as a detention officer after the bottom fell out of the welding and oil field, where he had been employed as a welder at Process Equipment for around 10 years.

“I was making about $2,000 every month at Process, and then when I first started working at the jail, I would only make $900 take home,” Hofmeier said.

With a new wife and a child on the way, Hofmeier remained unsure if this job would stick. He now looks fondly at his quick 31 years at the Sheridan County Sheriff’s Office.

“I went home after the first month and told my wife that I think I found my career,” Hofmeier said. “This is what I want to do.”

Hofmeier moved his way up the ranks from detention officer to a deputy on the street, then to sergeant, lieutenant in charge of patrol and eventually the position he holds now. Sheriff Pete Frith served one term from 1995 to 1998 before approaching Hofmeier and telling him it was his time to take over.

“That’s what I told my staff,” Hofmeier said. “It isn’t me. It’s what I believed in and what I instilled in them. It’s them going out doing the job.”

Under Hofmeier’s leadership, the office advanced through hard work and a little elbow grease.

“We did a lot of things ourselves,” Hofmeier said, recalling the time when they wanted new carpet. “The county did pay for it, but we decided that we’d pull up the carpet trying to help save some money and do something different.”

The county wanted the office painted; the deputies took on the task. When Hofmeier started as sheriff, only four Crown Vic cars were available for the deputies. Now, the office has a pickup for every deputy.

“Again, it’s not all me,” Hofmeier said. “It’s my staff coming up to me and saying, ‘Hey, how about we try and do this and try and do that?’”

The long-lasting relationships with community members and open-door policy remain Hofmeier’s foundation for providing the best service he can for Sheridan County.

“I’ve always said that I have an open door policy and I’ve always ran that way and had the office that way,” Hofmeier said. “People feel comfortable coming and talking with me. That’s probably one of the best things out of this whole time.”

His staff recognizes and appreciates that about him, too.

“To be able to work under someone that has that much experience in Sheridan County law enforcement, you got a good understanding of what it means to actually serve the community and actually be able to provide the services the citizens expect,” Allen Thompson said, who Hofmeier recently promoted to undersheriff from lieutenant with SCSO.

Thompson started at the Sheridan Police Department. He was so impressed by Hofmeier’s leadership that he eventually transferred over to work under the sheriff.

“He’s always been the guy that says his office is open, his door is open. That’s not only true from the people that work for him, but the whole community,” Thompson said. “If anybody has a question or concern or complaint or any of that stuff, his office is always open for those people to come in. It’s been great watching that and learning from it and trying to emulate from it.”

Thompson will serve as undersheriff during the transition and will put his name in the hat for the sheriff’s position.

Hofmeier said nothing he did could have been done without the supportive staff that surrounded him throughout the three decades.

“I would have never been reelected five times had I not had the staff I had,” Hofmeier said. “I feel my office is probably in the best place we could be right now. Now it’s a great time to step back and say ‘Hey, I’ve done my 30, somebody else jump in and run it and move on from there.’”

“Don’t forget the kids. Look in the mirror and know you’re doing the right thing. Don’t be a politician,” Hofmeier said. 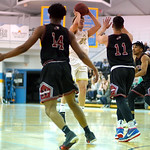 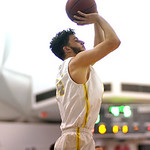 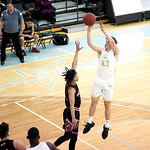