• No reports available at press time.

• No admissions or dismissals reported.

Information in the police reports is taken from the SPD website.

Names of individuals arrested for domestic violence or sexual assault will not be released until the individuals have appeared in court.

Inmates at treatment facilities (not counted in daily inmate count): 0

Inmates housed at other facilities (not counted in daily inmate count): 3

Number of book-ins for the previous day: 3

Number of releases for the previous day: 1 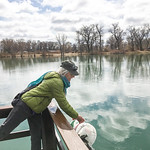 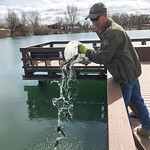